There are different ways to travel inside Georgia Tech. But how does one choose the best available transit option? We decided to address this problem and help GT students make this decision quickly. 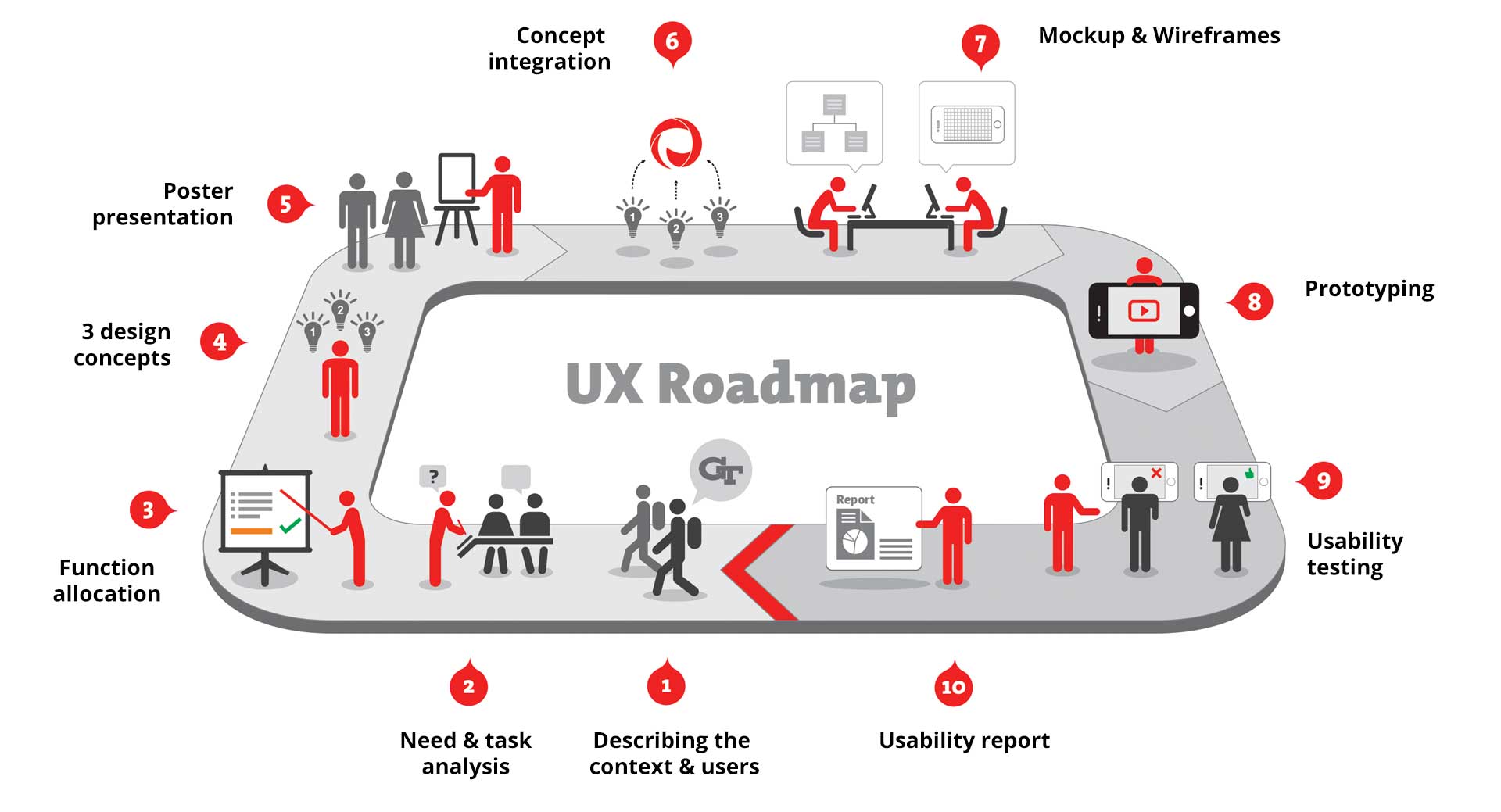 We conducted surveys and interviews of students on campus and found out that majority of our users had not heard of ViaCycle - a free cycle service available on campus and many of them resorted to walking rather than waiting for the trolley.

We started with wire framing of interface screens followed by prototype. The application was built using web services, HTML and JavaScript on Wikitude AR browser.

We carried out several brainstorming sessions and combined our research to create diverse concepts. Three concepts were finalized and presented during poster session to get feedback about utility and feasibility of the designs.

A live map projected on the bus stop floor. Users would stand at the destination they want to reach and the available options would be displayed on the floor. The design was appreciated for it's novel way of interaction but was rated low on maintenance and utility. 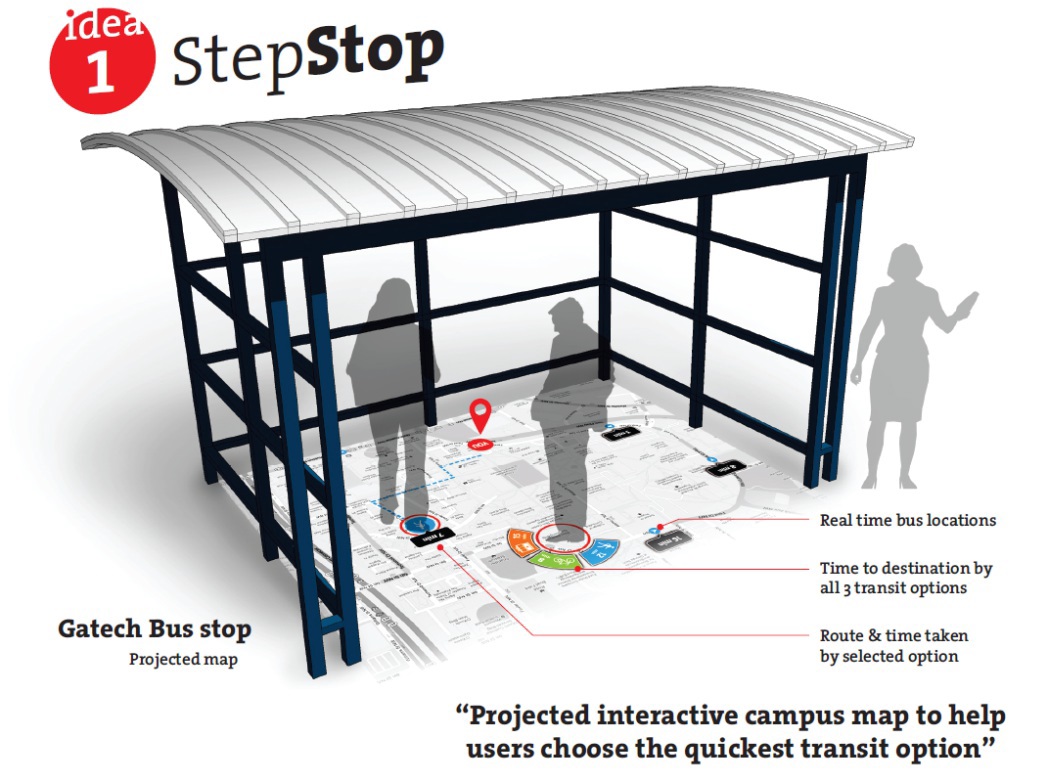 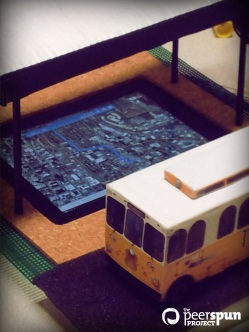 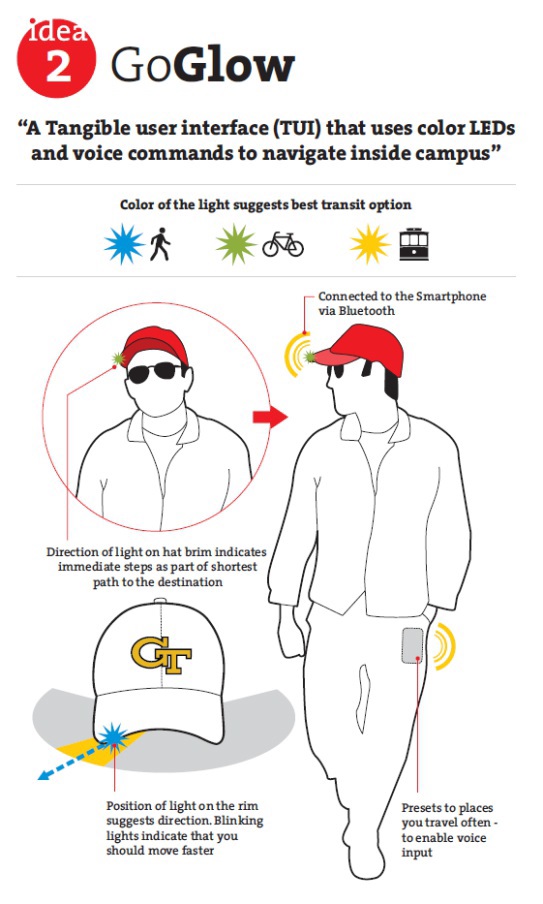 A cap that also acts as a navigation device. The direction is shown with a mild glow on its rim. The design tried to eliminate distraction by acting on the peripheral vision. The design, while perceived useful, might not work as a standalone system. 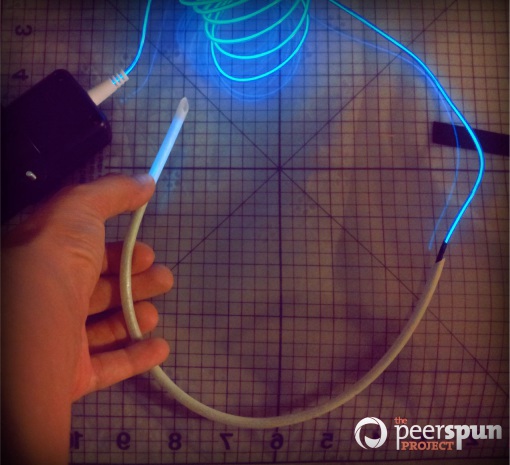 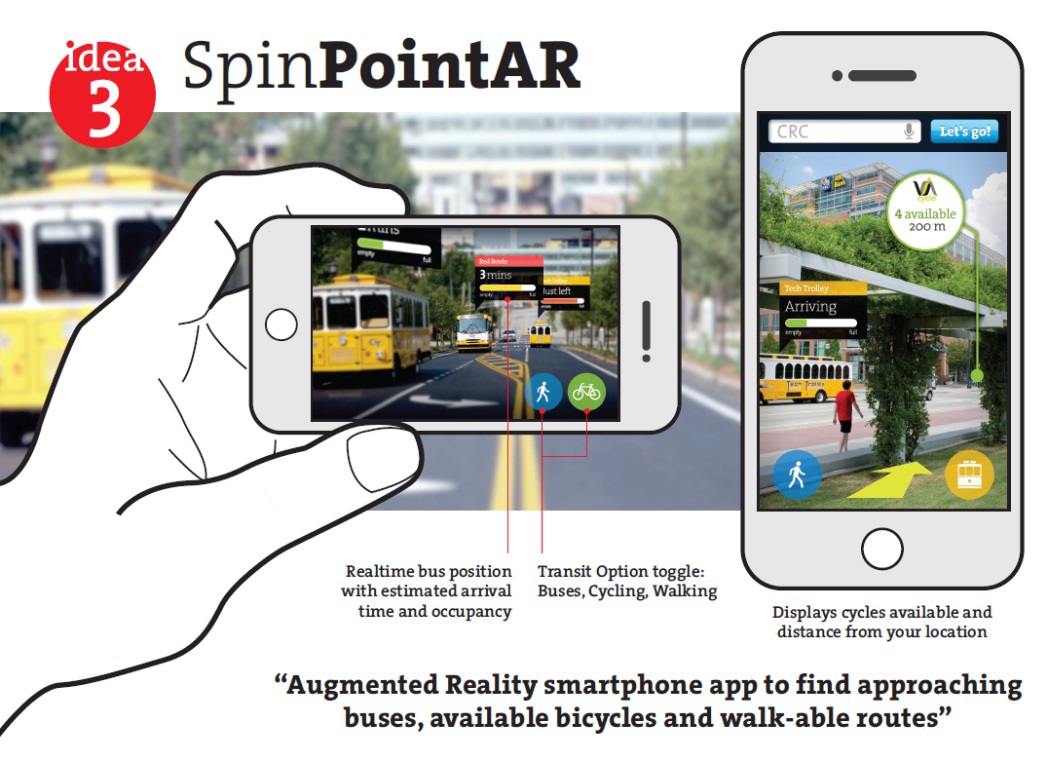 An augmented reality application that showed buses and cycle stands in the direction you are pointing the phone camera. The application would also show availability of cycles, occupancy of buses and time it takes for them to reach the bus stop near you. The application featured both utility and ubiquity.

The prototype was evaluated using the think-aloud technique and bench mark tasks. Following the cognitive walkthrough a series of qualitative questions regarding the interface and functionality were asked to the participants. User feedback was quite positive. The novelty of the AR view and real-time location tracking of buses and cycles was highly appreciated. Many users commented that the system would be especially useful to those who were new to the campus.