We started this project with an initial goal to allow customers to troubleshoot basic issues. During the research we realized multiple constraints. Some of them were: 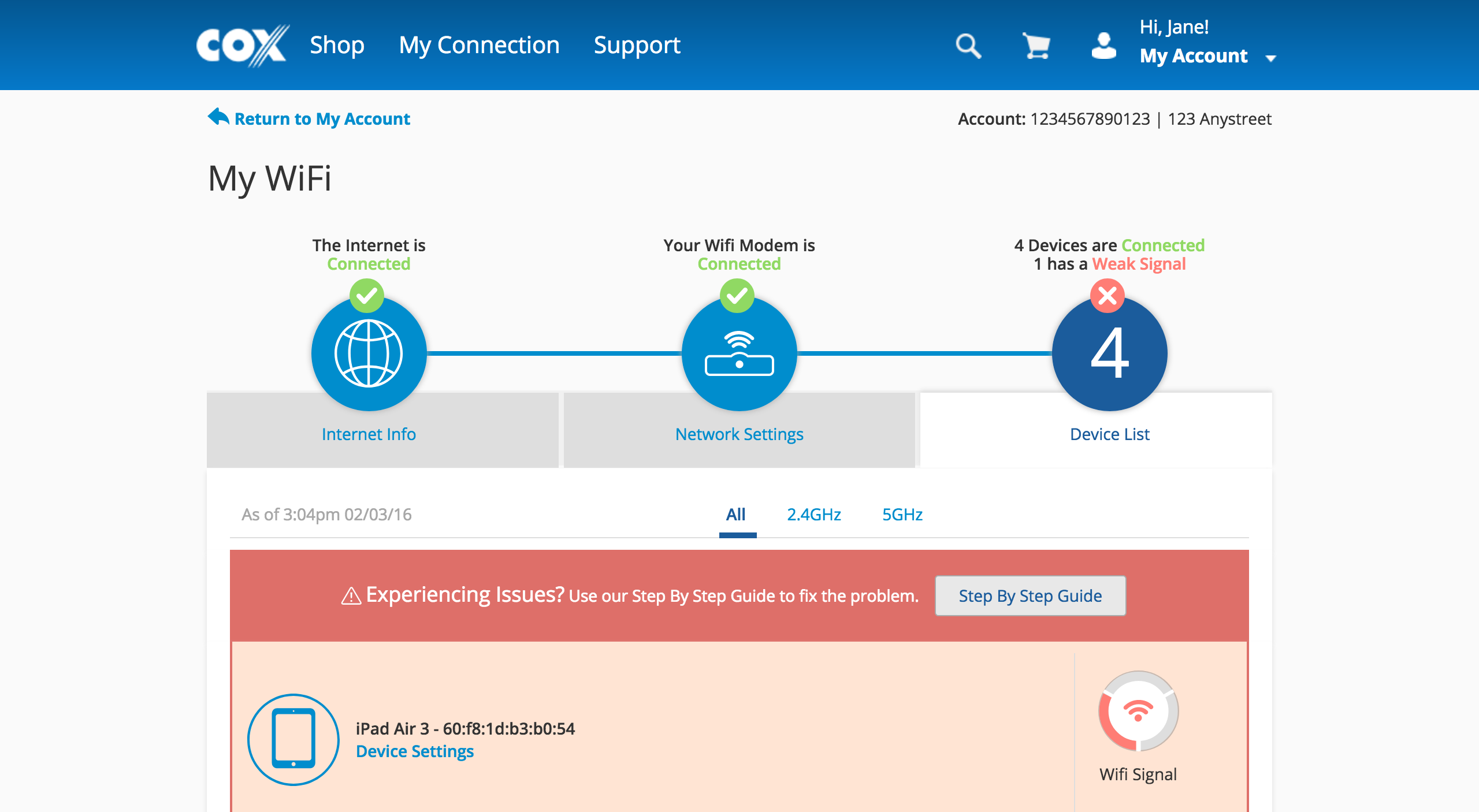 The prototype uses mobile first approach and is adaptive + responsive. I leveraged motion to initiate customers once they login. The prototype was configurable which allowed research to test different scenarios (modem issues, power outage, etc).

The components I created (WiFi signal indicator, drop down accordion) were up-to-date with latest CSS and SVG standards and were used by the developer team with minor tweaks.

A part of network upgrade (hardware + software) for Cox included updating the UI that allowed customers to access phone-specific information (call list, messages, voice mails) from any device. While the underlying technology was being upgraded, we pulled forward the UI update project to ease the migration from customers' point of view. 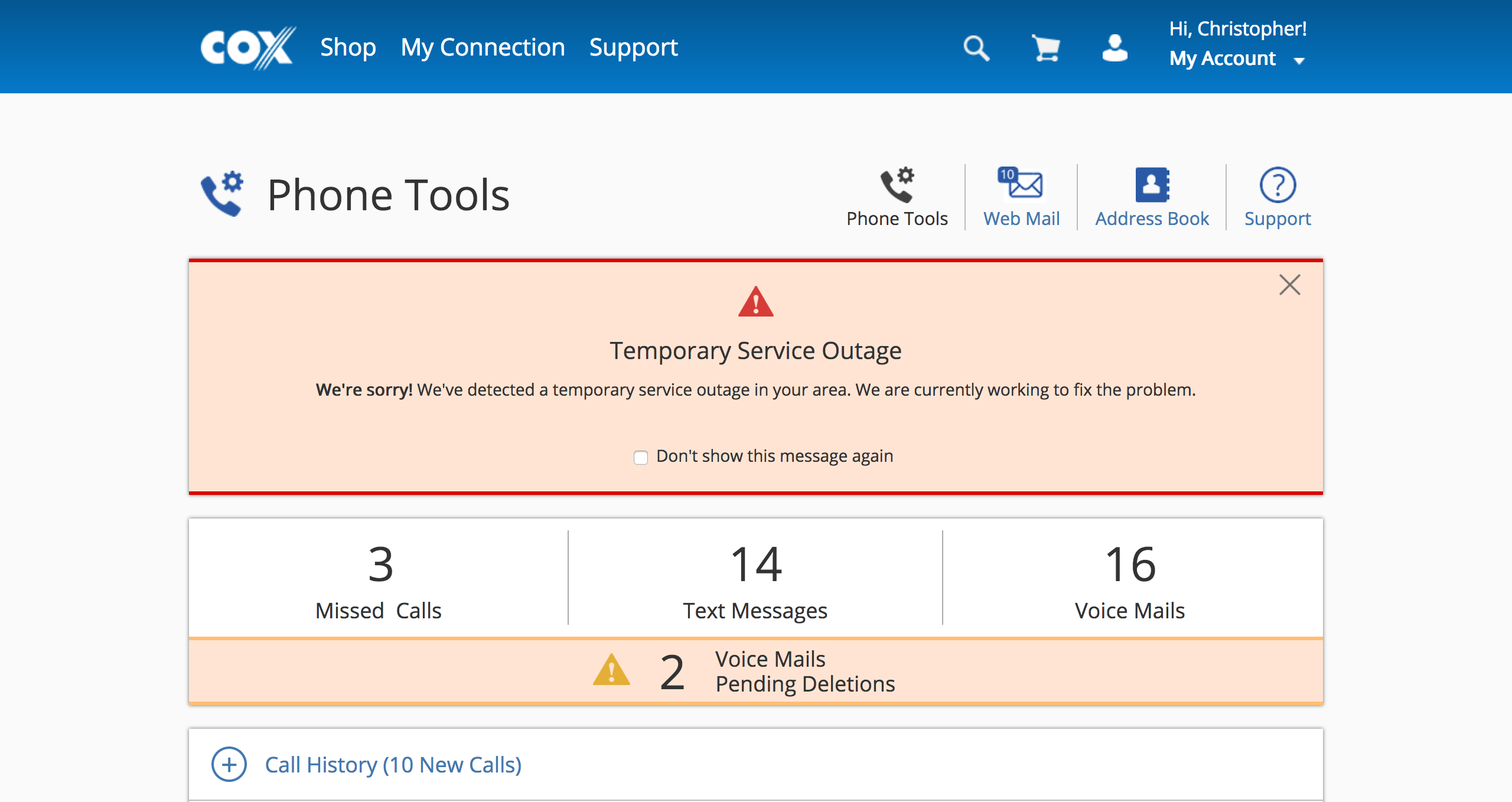 This project was a cornerstone for me and forced me to move from need-based to iterative prototyping. It also laid groundwork for me to build a prototyping system (at DocuSign) which can scale or pivot without compromising on quality.

The design went through about 12 iterations that needed testing. The prototype itself is fully responsive but has significant interaction issues such as delayed responses and overshooting animations.


During my tenure at Cox I played a pivotal role in starting a UX Innovation Lab. The focus was improving Home Automation services provided by Cox. I worked with two designers in building a demo space from the ground up. The scene below was available in the web app that allowed us to control the space.

We started with building a Node server on Raspberry Pi. I then hooked up Hue Lights, Sonos Speaker and Chromecast directly to the server. Next, we created a service that tracked basic events like entry/exit and gestures like sitting/standing using a Kinect tracker. Later, I added Bluetooth beacons and added a java service that allowed us to trangulate user location within the space (using their phone). I used ajax to update device states through the Node server, it then relayed updates to the respective devices.

While Kinect tracking was quite accurate, beacons were terribly inaccurate in tracking location. To mitigate the issue we divided the space into four sections.

Once the setup was complete, I started logging the events into a local database. As part of upgrade I provided a dashboard to track energy consumption. The long term goal was to automate user preferences (wake up time, songs, etc) based on their liking. 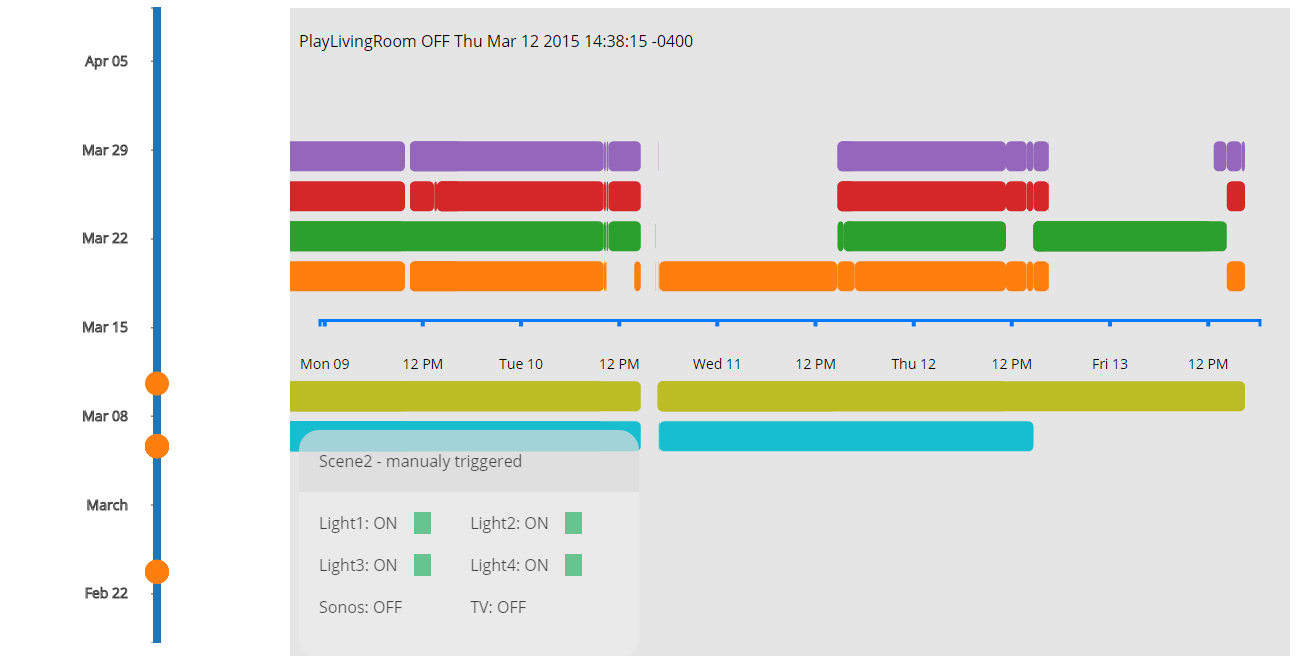